Aurora is the 4th generation to be raised here at Red Shadow Kennels.
We learned early on that there was something special about this little girl. With an abundance of confidence, fearlessness and determination, Aurora backs up her big personality with remarkable structure and lovely markings. 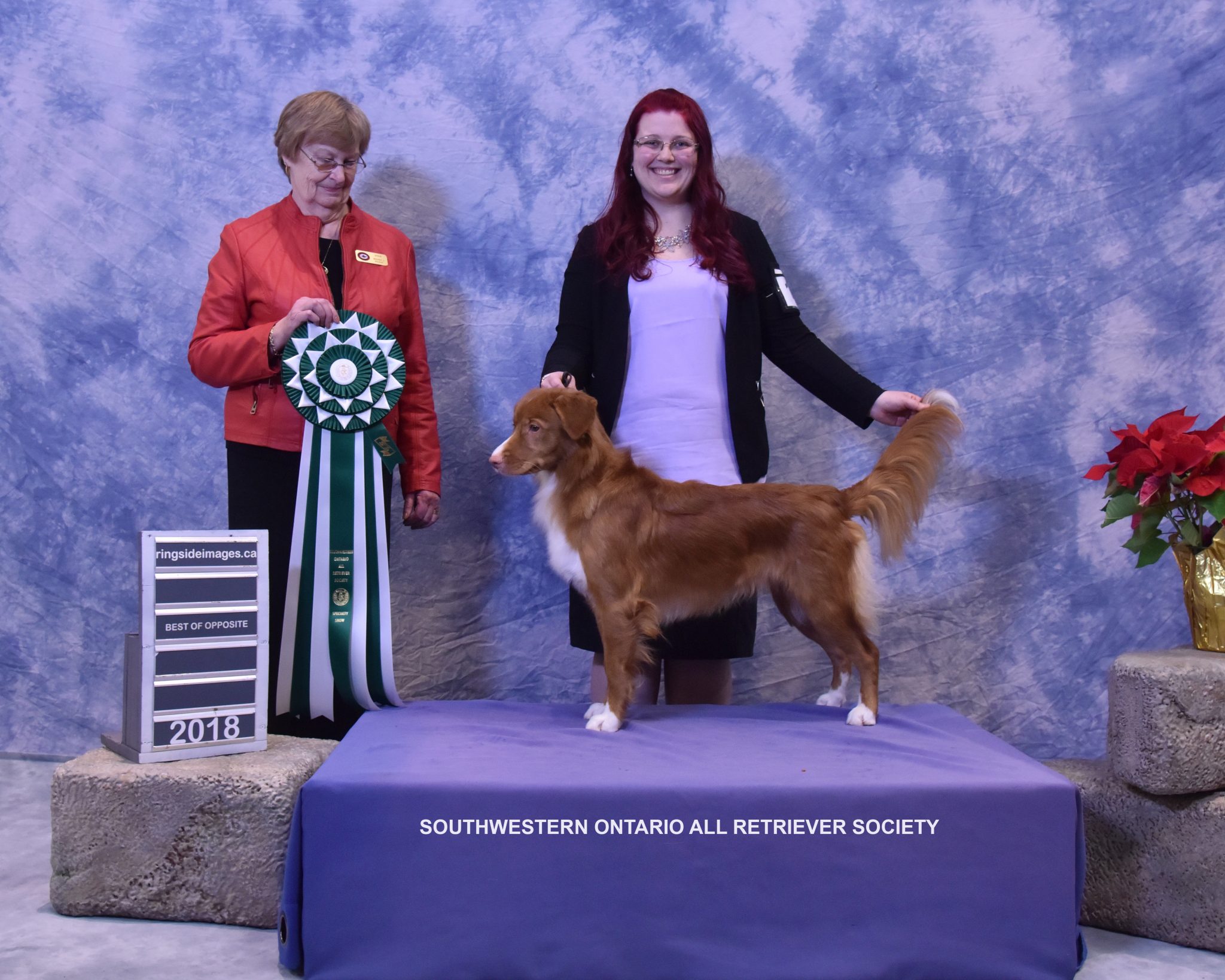 Aurora Winning “Best of Opposite”/ Best Female at the SouthWestern  Ontario All Retriever Society Specialty Show! 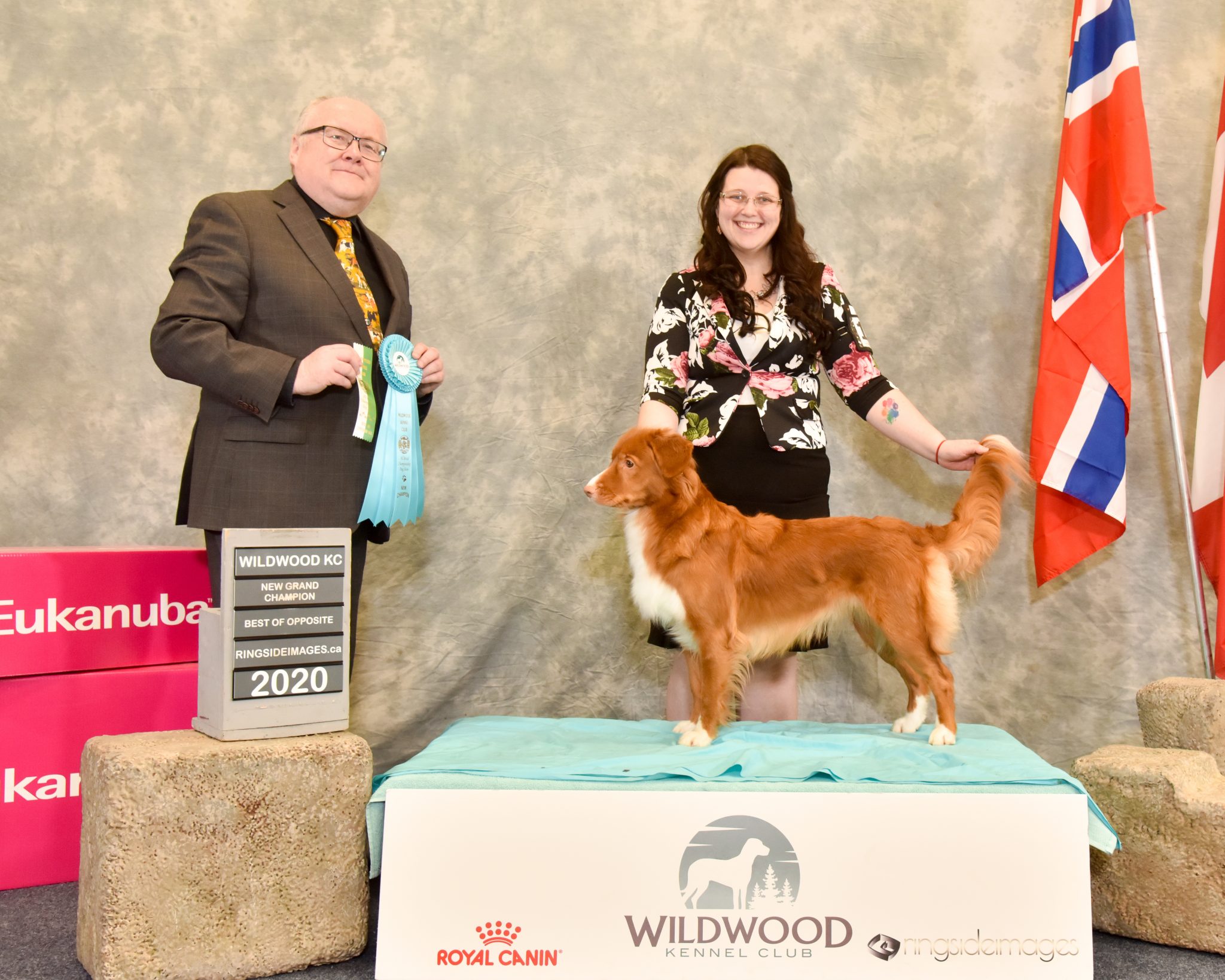 Aurora earning her Grand- Championship Title. She is our 2nd Generation and 4th Red Shadow Toller to win this accomplishment.

At her conformation debut at 13 weeks of age as a baby puppy, she took a Group 1 at the Scarborough Kennel Club Show over a stiff competition.

At  her second showing at 15 weeks of age, Aurora won Best Baby Puppy in Limited Breed Show for Group 1 (Sporting Group) in a very strong group of 10 puppies https://homemfarmacia.pt. 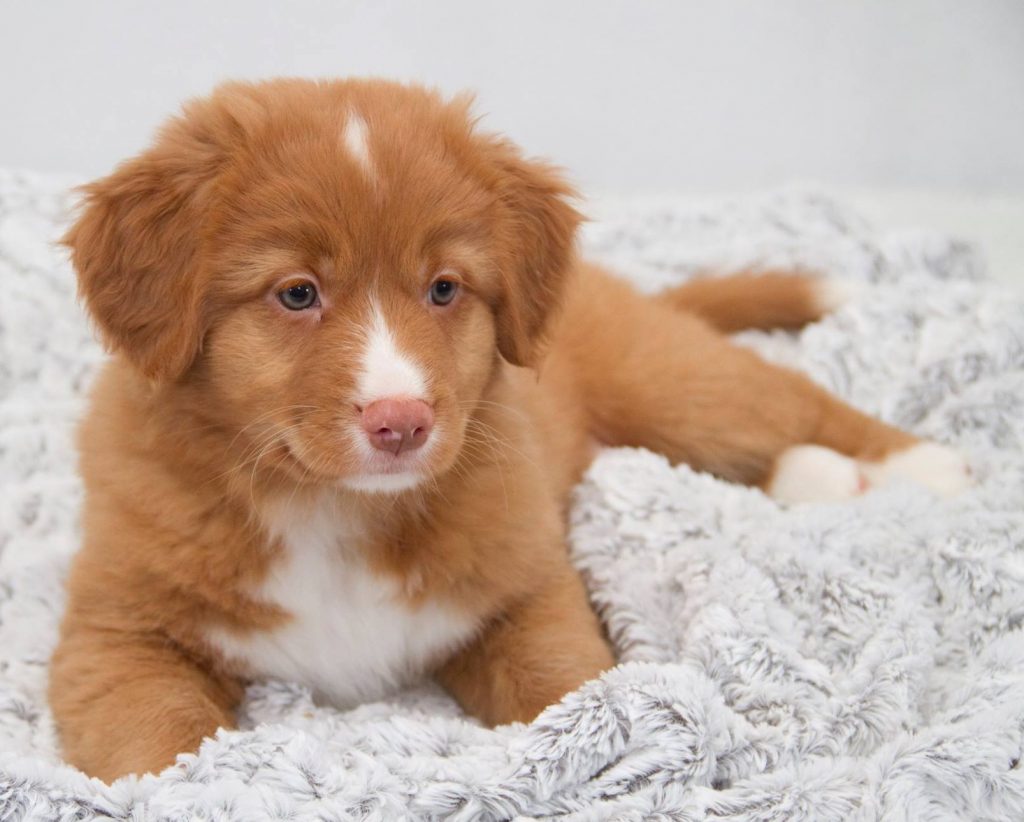